Businesses throughout Allegheny County have their fair share of challenges fending of conventional pests and rodents, including rats, mice, Carpenter and black ants, stinkbugs, black flies, German and American Cockroaches, termites, those invasive bedbugs and various spider species, all of which keep our expert techs at Pestco busy all year long. Explore our professional exterminating services »

The Most Dangerous Allegheny Insect

The most dangerous insect pest in the region, however, is one that threatens its natural resources; namely hemlock trees. The woolly adelgid is an aphid-like insect native to Asia that arrived in Virginia in the 1920s either on packing material or nursery stock. Over the years, it spread rapidly north where it has wreaked devastation on hemlock trees.

The Importance Of Exclusion To Your Commercial Business Facility

Exclusion is your facility's first line of defense against any pest invasion. Buildings often have little cracks in their foundations, pipes, drains, vents, garbage shoots and other points of entry that are not completely sealed, allowing for small insects and rodents to easily find their way through these cracks and into your establishment. Therein lies the importance of our optional exclusion services. Here are five key important steps to an effective exclusion program.

In 2015, Pittsburgh was listed among the eleven most livable cities in the world. Unfortunately, that applies to more than just us humans. So if you own or operate a restaurant, bar, hotel, motel, lodging facility, theater, office complex, factory, food processing plant, gym, fitness center, supermarket, shopping center or any other type of business in the downtown area of Pittsburgh (the Golden Triangle), the North Side, South Side/ South Hills, East End, West End, or any other city, township or borough throughout Allegheny County, we are the premier commercial pest control company to turn to for decades of professional experience and pest extermination solutions. If you have an emergency or would like ongoing maintenance, turn your worries over to us today »

Pests are just one ongoing challenge for business owners. If left untreated, germs and bad odors can have just as much damage on your good name or company morale as any unwanted creepy crawlies scurrying across your restaurant or business facility floor.

Simply put, this program has been designed to serve up the very best in pest, germ and odor control packaged in one program, and was built specifically to cater to business managers and owners operating commercial and industrial spaces throughout all of Allegheny County. 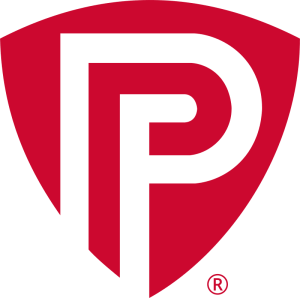 The Pestco Shield Of Hygiene Excellence

As one of the many proud Pittsburgh-based companies, we love to highlight those that both strive to attain and consistently achieve well-maintained commercial facilities, the following of which are just a few of our staff’s favorites. If you’d like to engage our services and get a mention, don’t hesitate! Pick up the phone and take a step towards a hygienically clean facility » (412) 252-5200

Perhaps the most famous private club/restaurant from Pittsburgh’s gilded past is the Duquesne. Opened officially in 1890 and located at 325 Sixth Avenue, its Romanesque-style architecture, graceful furnishings and exquisite works of art bear silent testimony to a glorious age long faded into the mists of time. Vicariously, one can get a bird’s eye view of the comings and goings in the club’s leafy and luxurious lobby by lingering underneath the glass dome in the nearby Renaissance Hotel.

The spirits of Andrew Carnegie, Henry Clay Frick and many others are captured here forever in the ether of the air, pondering lucrative business deals while smoking the finest Cuban cigars and strutting like proud peacocks across the lush, carpeted floor and up and down the beautiful staircase. Its restaurant is renowned for culinary masterpieces created by executive Chef Keith Coughenour.

All are operated by the Carnegie Institute, which is headquartered in Oakland. The emphasis is on education and these four Pittsburgh museums are world renown for their vast art scientific collections and research.

Probably one of the more challenging environments to maintain pests and odors within, but the Pittsburgh Zoo certainly puts its best foot, or paw, forward in this department. Opened in 1898 and funded by philanthropist Christopher Lyman Magee who donated $125,000 for the construction of a zoological garden in Pittsburgh's Highland Park, this is one of only six major zoo and aquarium combinations in the United States.

It sits proudly on 77 acres of parkland and is a prime example of how zoos have evolved from menageries into humane efforts to incorporate naturalistic habitats for a great variety of species. It has also become a formidable resource for conservation, education and research. Some of the many worthwhile exhibits include: The Islands, The Children’s Farm, Niches of The World, The Asian Forest, the African Savanna and the Tropical Forest.

Located in the heart of Pittsburgh and opened in 1958, Mineo's Pizza House is a local family-owned and operated pizza restaurant. Voted Best Pizza in Pennsylvania in 2017, everything is made with love and from scratch. The dough is homemade and the sauce is slow cooked from the finest Italian tomatoes and signature cheeses that are grated by hand every day.

BECOME A PART OF THE PESTCO FAMILY »

Named for the Allegheny River, this region was officially created in 1788 from parts of Westmoreland and Washington Counties. General John Forbes named the county seat Pittsburgh in honor of British statesman, William Pitt. In 1758, this general and his British and American army expelled the French from their post at Fort Duquesne, which they had constructed in 1754. Settlement began after the 1763 defeat of an Indian resurgence, and after 1780, when dispute for control of the territory with Virginia was finally settled.

In 1764, the first community of settlers was established under the name of Pittsburgh. Attracted by the opportunities presented by the burgeoning lumber, iron and steel industries, early pioneers were from northern and central Europe, including some 5,000 Jews from Baden and Bavaria in Germany. After 1810, Pittsburgh’s Henry Shreve designed and built innovative steamboats that made upstream travel possible on the Mississippi and Ohio Rivers.

Although not a major industry, farming was a way of life for many early settlers. Generally speaking, the good soil and temperate climate proved well suited for European-style agriculture. Ethnicity often determined which agricultural practices would be employed. For example, German American settlers generally preferred oxen to horses and usually kept their property in the family. The Scots-Irish on the other hand, were mostly herders who focused on mixed farming, which involved growing corn for both human consumption and livestock feed.

The Squash Beetle, The Corn Borer and Rats and Mice

Pestilence was a major problem for the pioneers who, as the native-Americans before them, relied heavily on field crops like maize, squash and beans for sustenance. Allegheny County was also known for its mushroom crop as it is today. The squash beetle and the corn borer destroyed crop fields and early farmers turned to natural remedies, such as planting “trap plants” alongside crop fields to entice pests and introducing natural predators to the area. Rats and mice and their sharp teeth also caused considerable damage to granaries and newly planted crops, and rats also spread disease.

Manufacturing and the Steel industry

Pittsburgh was a major manufacturing center during the Civil War. During the 1870s and 1880s, steel became king due to the highly lucrative partnership of industrialists, Henry Clay Frick and Andrew Carnegie. It was a time of great turbulence and violence for striking laborers who protested deplorable working conditions.

By 1911, half of the nation’s steel was produced in Pittsburgh and the city had become and industrial and commercial nexus. During the Great Depression, soaring unemployment, the New Deal relief programs and the rise of powerful labor unions transformed the city into a liberal stronghold. In the years of World War II, Pittsburgh became the center for the Arsenal of Democracy, producing munitions for the Allied war effort.

To pull a quote from a historical luminary with Pennsylvanian Dutch ancestry, “Neither a wise man nor a brave man lies down on the tracks of history to wait for the train of the future to run over him.” While Eisenhower was opining about grander things than commercial facility hygiene, we believe the same applies to your business and its online reputation.

Avoid a train wreck, engage our services and start ensuring your business’ reviews and its interior are equally immaculate »

We use cookies on our website to give you the most relevant experience by remembering your preferences and repeat visits. By clicking “Accept All”, you consent to the use of ALL the cookies. However, you may visit "Cookie Settings" to provide a controlled consent.
Cookie SettingsAccept All
Manage consent