Ticks may be more commonly encountered in tall grass and wooded areas during the warmer months of the year, but they can also be a force to reckon with when the weather turns cold.

The majority of tick species that transmit diseases to humans do tend to become inactive during the winter because the combination of cold weather and shorter days trigger diapause (a suspended state of development akin to hibernation).

According to Ellen Stromdahl, a retired entomologist from the tick-borne disease laboratory of the U.S. Army Public Health Center at the Aberdeen Proving Ground in Maryland, two species in particular; namely the black-legged tick (aka deer tick) and its cousin, the western black-legged tick are known to be active in winter.

It is not uncommon for home owners to contact the pest-control and pest-maintenance specialists at Pestco for help and advice concerning a tick infestation during the colder months of the year.

James Burtis, a postdoctoral associate in the department of entomology at Cornell University, claims that the reason some tick species can flourish during the colder times of the year is because some of female adults may not have found a meal before the end of the fall and must have one in order to lay eggs the following spring. 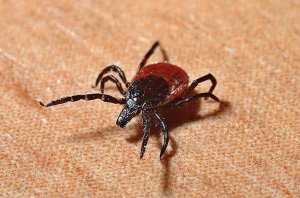 These critters are vectors of Lyme disease, anaplasmosis, babesiosis and the deadly Powassan virus.

Hiking or doing yard work on any day when temperatures are above freezing requires taking precautions.

Burtis goes on to say: “The nice thing about winter is you tend to wear more clothing anyway, which can help keep ticks away from your skin. You can also spray your boots and clothes with an insect repellent, or treat your clothing with the pesticide permethrin, which can disable or kill ticks on contact. And check yourself for ticks at the end of every day that you’ve been out in their habitat.”

A recent study that was published in the Biomedical Central scientific journal, Parasites And Vectors, tracked tick trends in Pennsylvania over the course of the last 115 years. The study concluded that tick habitats have shifted dramatically over time.

For many years, the ground hog tick was the most prevalent species, only to be surpassed by the American Dog Tick in the 1990s and then by the Black-Legged Tick, which is the primary vector of Lyme Disease.

This same study also revealed that the state of Pennsylvania has had the highest number of Lyme Disease cases reported in the United States since the year, 2000!

Ticks prefer warm, moist areas of the body and once landing on a human, they are likely to seek out spots like armpits, the groin and hair. Then they bite and begin drawing blood.

Ticks have barbed mouthparts that pierce the skin and remain embedded while feeding on the host’s blood. 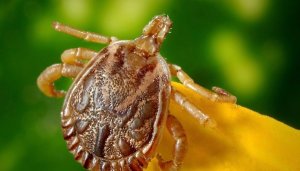 They transmit diseases via bacteria from their saliva that spreads throughout the bloodstream.

The removal of a tick from the body is tricky, and should be done with a pair of tweezers by grasping the part of the bug closest to the surface of the skin and pulling upward, carefully and steadily.

Here is a great first aid guide to deal with tick bites.

A Few Interesting Facts About Ticks

Ninety species of ticks are found in the continental United States, many of which are vectors of Lyme disease, and Rocky Mountain Spotted Fever.

The four most prevalent species found in western Pennsylvania are: The American Dog Tick; The Black-legged Tick; The Lone Star Tick, which is so named because of the white star marking on the middle of its back, and The Ground Hog Tick.

These species pose formidable heath problems and the experts at Pestco are always just a phone call away to help eradicate them from the grounds of any residential property.

2. Ticks Are Not Insects

While they are often mistaken for insects, ticks are classified as arachnids, which makes them related to spiders, scorpions and mites.

They do resemble the form of spiders, albeit they are much smaller, have four pairs of legs as adults and no antennae.

Ticks require three blood meals to provide nutrients and energy, promoting development at every state of growth from larva to nymph to egg laying adults.

It can take up to 3 years for a tick to complete a full life cycle and many die in between for lack of a host for their next feeding.

4. Ticks Do Not Jump or fly

Ticks are crawlers up low brush or grass where they wait patiently for a passing host.

They simply climb aboard when they find one, clasping on with their back legs and reaching their front legs out to grab onto their next meal. Known as ‘questing,’ the process may also involve a free fall drop from their perch, which makes ticks the daredevils of the arachnid world.

They are highly sensitive and can respond to a passing shadow or even the intake of a nearby breath.

Ticks become active vectors during feeding and pass pathogens along to other animals during subsequent feedings.

Many diseases are transmitted after many hours of feeding and that is why most tick prevention strategies employed by our highly-trained technicians at Pestco take place during that time lapse, with the goal of killing ticks before they can transmit disease.

6. There Are Two Main Types Of Ticks

Ticks are either hard or soft. Hard varieties have a plate on their back known as a scutum, and they are found in wooded areas.

Soft ticks have rough leather skin that appears to be wrinkled and they are located in caves, cabins and on birds. Male and female soft ticks are very close in size.

Unlike a mosquito bite that may stay on skin for only a few minutes, tick bites last for a few days. Ticks fall off their hosts on their own after sucking blood for 3 to 6 days. A little red bump usually remains.

8. Ticks Can Survive A Long Time Without Feeding

9. Female Ticks Can Lay Thousands Of Eggs At One Time

Female ticks deposit from 3,000 to 6,000 eggs on the ground, usually inside wood piles, under rocks and inside the cracks and crevices of walls and structures.

After hatching, ticks must feed in order to grow and develop. Females die soon after laying their eggs, and male ticks after mating with one or more females, although some may survive for a few months afterwards.

10. Ticks Date Back To The Age of Dinosaurs

Fossil evidence suggests that ancient ticks fed upon dinosaurs and other Cretaceous creatures dating back to 90 million years ago.

Some Tick Prevention Tips For The Home

Ticks can pose a potentially dangerous pest problem that is often overlooked until it is too late and then there is no recourse but to call our pest-control and pest-management specialists for help — (412) 252-5200.

Ticks hitch rides on dogs, cats, mice, deer and other animals that wander near homes. 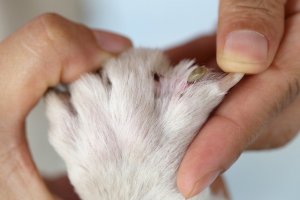 There are some preventive measures that the average home owner can take to prevent tick bites. They are as follows:

Our pest control experts are highly experienced and have been on the pest-control and pest-management landscape since 1948.

Up until a few years ago, our products and services were focused almost entirely on industrial and commercial enterprises.

Now, through out new home service division, headed by Bob Weimer, we provide Pittsburgh homeowners with superior professional advice and strategies based on prevention, understanding insect behavior and the ability to identify signs of an infestation.

Our pro-active pest exclusion services are focused on the selection of appropriate products to implement the process.

These will vary in how well they can withstand pest invaders, and one critical consideration is always the realization that there are no one size-fits-all solutions.

If you’re homeowner, or you are a potential home buyer and believe you have finally found the home of your dreams, whether it be old or new, before you sit back and relax and that dream becomes a nightmare, call Pestco and let us help you with our tried and true, state-of-the-art pest-control and pest-management solutions.  (412) 252-5200

Final thought on ticks: One tick said to another:‘My life sucks.’ The other replied: ‘Congratulations!’
~Bizarrocomic.blogspot.com

How To Rid Groundhogs From Your Pittsburgh Property

The groundhog is widely distributed throughout Pennsylvania and Wildlife Removal Services are often relied upon to deal with the destruction they can cause to yards and surrounding landscapes! If you own a home or business anywhere throughout greater Pittsburgh, get the very best in groundhog removal services with Pestco.