Norway rats, house mice, roof rats and other rodents are the bane of most Pittsburgh home and business owners, but they don’t have to be!

Learn how to better protect your property against rodents or call our teams to get the most effective rodent control throughout all of Greater Pittsburgh! 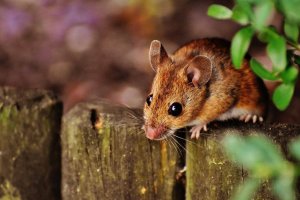 For all of us, there is no place supposedly safer than our own homes.

This is of course, not withstanding home invasions by rodents that carry disease, wreak havoc with wiring and insulation and frighten all who cross their path.

The problem is there are no locks strong enough or doors and windows thick enough to prevent an infestation of rodents from spreading everywhere once they have gained a foothold in your once happy home.

Even more, unfortunately, Pittsburgh has more than its share of rats, as it ranked #18 in a recent poll that listed the 50 worst urban centers afflicted by rodent infestations.

According to our teams at Pestco, the usual suspects that favor Pittsburgh homes are: the House mouse, the Roof rat and the Norway rat.

More on each follows below.

House mice are difficult to eradicate because they love man made structures and once inside, remain and reproduce furiously.

They are one of the most common pest intruders in Pittsburgh homes and businesses. 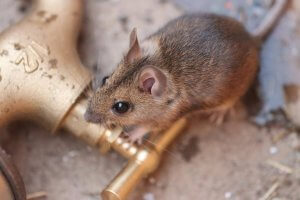 They are known to remain outdoors during the warmer month of the years, but once temperatures drop, they retreat into buildings, seeking shelter and sustenance.

They are known to eat food left on counters, leftovers and garden produce.

They pose serious damage risks to furniture, textiles and construction-supporting elements in both homes and office buildings, which they incessantly chew upon to file down their teeth that never stop growing.

Also known as the Sewer Rat and The Brown Rat, this species is the vector of several nasty diseases, consumes large quantities of food and contaminates all other exposed foods they pas along the way. 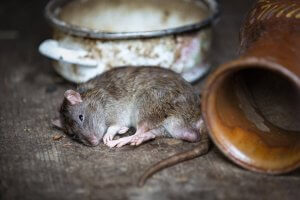 Like others of its kind, this Norway Rat reproduces very quickly.

One female can have as many as 6 litters per year, each producing six to twelve pups that reach sexual maturity at just three months of age.

Do it-yourself methods are useless when dealing with a rat infestation and professional help from the pest-control and pest-maintenance specialists is vital to permanently eradicating a rat infestation.

Often found in attics, these rats are larger than others of their species, which leads into a need for food sources that are more substantial than the average rodent. 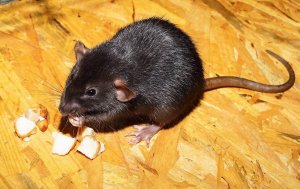 Their numbers over the last few years have risen to disturbing levels all across the United States, and there are more and more sightings of them reported every day.

Both rats and mice can present a serious threat to human health and property. Inside a home, they can cause destruction that is not easily corrected and is both costly and extremely upsetting to both residents and their pets.

The most prominent problems concern the following.

A Few Creepy Facts About Rats And Mice

1. Rats Can Swim Through A Toilet

This is no urban legend and it can be a terrifying experience for a Pittsburgh home owner than to open the lid of a toilet and see a rat staring back.

Rats are good swimmers and they use sewers as tunnels for transport.

All it  takes is two rats to create a full blown infestation, which is why it is so critical to contact pest-management specialists immediately after a rat is spotted in or near a Pittsburgh home.

Offspring begin breeding at three months of age, constantly replenishing the population until they take over a home and all is lost.

Rats teeth never stop growing and they file them down by constant gnawing on wood, bricks, cement, food, and the bones of the animals they eat.

This is why they are so destructive once they gain ingress to electrical wiring, insulation, furniture, stored food and anything else they happen to come across.

4. Rats Are Difficult To Catch

This is one of the reasons why do it yourself methods will not work and professional pest-control specialists must be called to the scene when dealing with a rat infestation.

Even the use of rat poison has a limited scope of effectiveness.

Rats view humans as they do all other living creatures; namely as food.

Their bites can be painful and dangerous, as they carry disease, and even a single bite can send a human (or pet) to the hospital.

Female mice have been known to give birth to as many as 15 litters in a single year and they are capable of getting pregnant again just 24 hours after giving birth!

For one mouse, the average litter size is 10-12 pups and they can start to reproduce at only six weeks of age.

Due to the fact that they see best in the dim light, mice rely heavily on their hearing and smell, to get around.

Research indicates that mice can hear ultrasound up to to 90kHz!

In addition, they use ultrasound to communicate and even serenade a potential mate with love songs.

Mice are known to jump to the incredible height of around 25.4cm., which is astounding considering that their average size is is between 3 and 10 cm.

In addition, they can also scale any rough vertical surfaces up to 2 meters high!

10. Mice Love To Explore Their Surroundings

Mice explore their territory daily, showing no fear of neophobia, which is a fear of new objects.

They are adventurers, always in search of new potential food sources.

The Most Effective Pittsburgh Rodent Solutions

In continuous operation since the late 1940s and family-owned and operated, we are a leading provider of long term and emergency pest-control, pest management and exclusionary solutions for commercial, industrial and residential spaces throughout Greater Pittsburgh and western Pennsylvania.

Our dedicated staff is always on hand to help with a serious rodent-infestation.

Chemical applications are not encouraged, but when they are necessary, our technicians always ensure the safety of the environment and all humans and pets that might be affected. 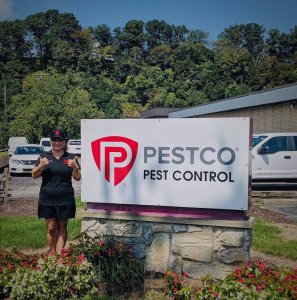 Technicians first thoroughly inspect a building for vulnerable areas and then eliminate rodent food and shelter sources by sealing up potential entry points.

This includes foundation cracks, poorly sealed vents, drain pipes, and any other areas of ingress that may be exposed and vulnerable.

Bob Wiemer A.C.E. is our Executive General Manager at Pestco Professional Services and his attitude towards people in trouble is clearly evidenced in a recent news broadcast concerning an invasion of rats in a Pittsburgh residence where a woman awoke to find a rat staring back at her from her nightstand.

He and his team responded the same day soon after being notified by Get Marty at the KDKA news station covering the story, assuring the staff that it was “no problem” to do so. 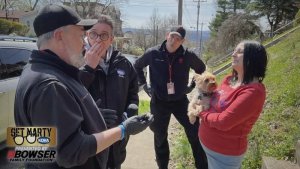 Get Marty generously offered to pay for incurring costs, but Bob made it clear that he was seeking “no publicity” and only wished to do the right thing for his community.

“This has been one of the worst years for rodents I have ever seen,” he told the press. “It may be the result of the pandemic or that in combination with a bad winter.” He and his team went to work immediately and assured the hapless homeowner who had to vacate her premises and seek shelter elsewhere, that he was “confident that he could solve the problem and hopefully have everything back to normal in a few weeks if not a few days.”

If you’re a business or homeowner in Pittsburgh or anywhere throughout its glorious suburbs and you’re suddenly besieged by even the sight of one rat on or near your Pittsburgh home, do not pass go, collect $200 or do anything else except contact Pestco immediately!

Final thought about rats: The problem with the rat race is that even if you win, you are still a rat~ Lily Tomlin

You have just been bitten by something. Now what? Do you wait for some poison to take hold, lie down, cry, just scream or select some other equally unhelpful option? It is likely that none of the above will work, and you must rely instead on those iconic words of the Boy Scouts’ Marching Song; […]

Why Year-Round Pest Control Is An Absolute Must

Year round pest control is often avoided as a solution to a pest-free Pittsburgh home or office. Fears of frightful costs and too much pesticide abound, but they are not founded in truth. Year round care is actually less expensive than emergency care, and fewer pesticides are employed during scheduled inspections than would be in […]

How Rodents Thrive Through The Pittsburgh Winters

Comedienne, Lily Tomlin, once said that the problem with the rat race is that even if you win, you are still a rat. Of course, she was talking about humans clawing to reach the top of the ladder of success in business and not the rodents that invade our nightmares and are vectors of serious …