The honeybee, like so many things in life, is often taken for granted. Annoying buzzing and unpleasant stings are certainly not desirable, but these insects are more vital to our survival as a species than any other living thing on earth.

In the words of our executive general manager, Bob Wiemer, “It’s their place within the reproduction cycle of more than 100 species of plants that provide us with 90% of our food that relegates them to this status. Pest control companies must do all they can to preserve their existence.”

Bees, birds and bats pollinate 35% of these crops, but bees alone are the primary architects of plant reproduction, which is accomplished as they transfer pollen from the male stamens to the female pistils. It is a positively staggering fact to consider that about one out of every three bites every human being ingests is made possible because of bees and other pollinators.  Honeybees within the United States alone pollinate some $15 billion worth of crops annually.

Behavior and Characteristics of The Honey Bee 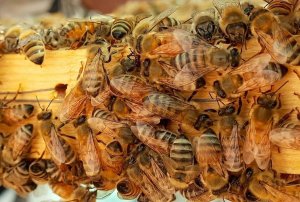 Although very much a part of the North American fabric, honeybees are not native in origin and were imported from Europe during the 17th century to increase crop production to feed a hungry colonial population. They are extremely social insects that spend their lives in well-organized colonies with one queen, thousands of worker bees and a few male drones. Their ability to produce honey, which is made from collected pollen and nectar, is their solitary and most formidable achievement. They are most active in the spring, when they seek out plants that are in bloom.

According to a USDA-National Agricultural Statistics Service (NASS) survey, since the 1940s, the total number of honeybee colonies has decreased from 5 million to about 2.66 million today.

Since 2006, the honeybee population has declined dangerously, with some 10 million hives disappearing within the span of just the last three years. Responsible pest control and pest management specialists stand side by side the beekeepers and are at the forefront of developing and utilizing humane treatments for the relocation of thousands of honeybees.

Honeybee decline is due to a number of factors. Foremost perhaps, is the excessive use of pesticides in crops since World War II. A new type known as neonicotinoids affects the central nervous system of bees and results in paralysis and death. When bees are exposed to this pesticide, they literally go into shock and can’t find their way back to the hive. When insecticide is applied to a honeybee colony it often affects all other bee colonies within two miles of the original treatment.

Another cause for concern is disease caused by blood-sucking external parasites known as Varrao mites. These insects are known to reproduce in bee colonies. They attach themselves to the bodies of both adult and young bees and suck their blood, weakening their body structures and causing them to lose their wings and die.

Also known as CCD, this distressing syndrome in a honeybee colony is marked by the abrupt disappearance of worker bees. The queen, immature bees, food and a few nurse bees remain in the hive and no one knows why.

In 2006 and 2007, many beekeepers reported losses of 30-90% of their hives. Losses continued to average about 30% annually, but dropped significantly from 60% of total hives lost in 2008 to 31.1% in 2013. Since 2014, cases of CCD have declined substantially and other causes have contributed more to honeybee colony loss statistics. 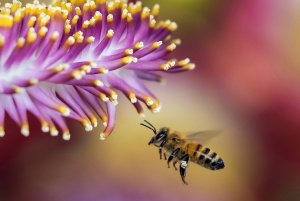 Exterminating Honeybees Can Be Disastrous To The Human Race

Honeybees are vital to our environment and their extermination would be catastrophic to plants, animals, accessibility of fuels, topography, clothing and human life. While wind is a natural pollinator of plants as well as some beetles, butterflies and birds, the process is very slow.

Insects are Mother Earth’s primary pollinators. Without bees, humans would never enjoy a bite of crisp apple or savor succulent fruits and vegetables such as, cherries, blueberries, avocado, most leafy greens, cucumbers and pumpkins, just to name a handful.

Effects On The Animal Kingdom

The many herbivores within the animal kingdom would be the first to feel the effects of bee extermination because they depend upon certain plant species, such as alfalfa and lupins, which require insect pollination, for their survival. Milk, milk products and meat production from cattle and goats that are integral to human diets would eventually vanish as the food sources for these animals disappear.

The Need For Relocation Rather Than Extermination

The emphasis on the importance of location, location and location when it comes to selling real estate is the same mantra that should be applied when the issue at hand is relocating honeybees. Beekeepers are passionate about saving honeybees and they are a community of citizens who don’t get enough credit for their actions. When they work in tandem with the pest control and pest maintenance experts, it is a win-win situation.

It’s said: “If you ask three bee-keepers their opinion, you will get four answers.” The reasoning behind this concerns the plethora of both rules and exceptions to them that abound simultaneously on the topic of bee relocation. Ideally, if the bees could relocate themselves, the process would obviously be much easier, but alas, this isn’t possible even in a beekeeper’s wildest dreams. 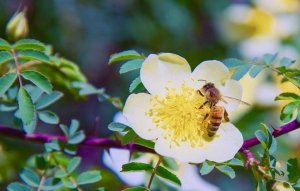 Beekeeping is a noble endeavor and it can lead to an increase in local food production. Honeybee pollination can foster a steady flow in food production and contribute to local economic development. It is also an effective small business with income gleaned from the sale of honey, beeswax and royal jelly. Still, to quote beekeeper, Russell Jewell: “I’m not in it for the honey. I’m in it for bees. I want more bees everywhere.”

Tools of The Trade

Commercial scale removal of honeybees requires top notch, state-of-the-art tools. There is no underestimating the power and effectiveness of a “gentle bee vacuum”, which includes an adjustable vacuum head that can regulate the amount of suction delivered to the hive. This is vital to the well being of the insects, as the idea is to transport them intact and not wreak havoc with their spirits and/or body parts.

Another fundamental tool is a pinhole or borehole camera that is inserted into a cavity and can help determine whether a hive moves in an upward direction or across.  These cameras are useful, but they displace easily and when that happens, establishing needed perspective is lost.  Tools and expertise together, both by beekeepers and pest control technicians, are necessary for the proper relocation of honeybees.

Expert technicians attend workshops regularly, which keeps them a few steps ahead of the pests they come face to face with on a daily basis. They are there to help in any situation, whether it is the extermination of harmful critters or the gentle relocation of the sacred honeybee.

Final thought on honeybees: I’m concerned more about the death of a bee than I am about terrorism. We are losing hives and bees by the millions due to the use of such strong pesticides. ~ Patti Smith