Carpenter ants and termites have the distinction of causing more destruction and wreaking more havoc among harried home owners than other members of the insect kingdom with the possible exception of bedbugs.

More than 4 million homes and businesses within the United States are at risk of infestation every year.

Termites are more destructive in terms of dollar damages, which can run into the billions each year within the United States.

This figure is even more staggering when it comes to damages incurred to building structures and crops, which amounts to an incredible $30 billion.

Carpenter ants aren’t slouches, but they fall behind their brethren in this department, causing property damage costs into the millions.

Either way, it’s best to call Pestco Professional Services to either prevent them from invading your home, or in the unfortunate instance they have — (412) 252-5200.

The Types of Property Damage These Insects Can Cause

Biting and chewing moist and soft wood is the life’s goal and focus of carpenter ants.

Due to this fact, these insects can be extremely dangerous in terms of the amount of structural damage they are known to cause.

They often target exterior wooden structures while attacking a home.

Their preferred diet is softwood or rotting timbers, but they will attack healthy wood as well. 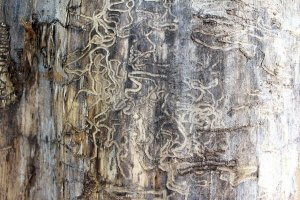 When they do, they can weaken support beams and cause a structure to warp, which termites do as well, if not better.

Generally, carpenter ants aren’t as destructive as subterranean termites because they work more or less in plain sight, making them easier for a home owner to spot and take action.

The wood waste their activities produce is a sawdust known as frass, which is pushed out of holes and accumulates on nearby floors and walls.

If this substance is situated in a location that is not clearly visible, damages can be severe and resemble that of termites.

Carpenter ant destruction often starts where wood has been damaged by water. This factor also helps professionals track them down.

What’s The Difference Between Carpenter Ants And Termites?

The following represent some characteristics that carpenter ants have in common with termites and some factors that differentiate them.

1. Termites eat wood while carpenter ants do not.

2. As insects, they both have six legs and two antennae and destroy homes by chewing on wood.

3. Subterranean termites die with too much exposure to the air, while carpenter ants have no such limitations and the damage they create visibly resembles wood that has been carved by a sharp knife.

4. Termites eat wood only and once settled in a home do not require other food sources.

5. Carpenter ants are known to wander in search of food in kitchen pantries, which is why our pest control specialists find such an infestation easier to detect.

6. Both termites and carpenter ants produce male and female progeny that fly.

7.Carpenter ants have antennae with an elbow bend in them, while those found on termites are straight, and upon close examination, appear to be comprised of several tiny circles stacked on top of each other

8. Termite workers resemble minute bits of yellow rice with legs. Carpenter ant workers have hard black shells and can range in length from 6 to 12 mm (roughy 1/4 inch.too just short of 1/2 inch in  length).

9. When ants discover a food source, all of the colony’s efforts become focused on attacking it. Each ant leaves a pheromone trail for other ants to follow.

10. Subterranean termites construct tubes and require moisture in order to survive. They build these exterior tunnels up the sides of basement walls. Carpenter ants crawl up foundation walls because they have no need to protect themselves from a lack of moisture.

Termites Can Be Nutritious Food

For both the desperate and the not-so-faint-of-heart, termites are a hearty snack. They are rich in iron, calcium, fatty and amino acids and proteins.

These insects remove decayed food and deceased ants from their nests regularly and even create their own disinfectant! The ants work together to collect resin that is then used to chemically disinfect the nests.

These insects never sleep. They build their colonies 24 hours a day, every day, until they die.

Some Carpenter Ants Blow Themselves Up

Several species of carpenter ants have enlarged mandibular glands that reach their abdomens (gasters). When they are disturbed, the ants will intentionally rupture the gaster membrane. The secretions released contain chemicals that debilitate the attacker and kills the ant so that the nest can be saved. In the end, both die.

Carpenter Ants Are Difficult To Eliminate

One queen can live up to 25 years and can establish many satellite colonies and produce thousands of babies. Eliminating then completely from a property is a challenge that is best left to the pest-control and pest-management specialists at Pestco.

Like ants, termites live in caste systems, where each division has its own role within the colony. Only the worker termites, however, have the ability to destroy wood.

Carpenter Ants Will Bite In Defense

If their nests are disturbed, carpenter ants won’t hesitate to defend themselves. Because of their large size, bites can be quite painful. In addition. they may also spray a chemical into the wound. Known as formic acid, this exacerbates the pain of the bite.

These colony divisions rely on worker termites to feed them by regurgitating digested cellulose into their mouths.

Most species ants do not have lungs. They take in oxygen and exude carbon dioxide through tiny holes all over their bodies.

In comparison to and given that same placement for humans collectively on a scale, the human race would weigh 350 million tons!

The Best Protection Against Carpenter Ants And Termites

Pestco Professional Services is the realization of a Lithuanian immigrant’s American dream that began shortly after the turbulent years of World War II.

Our company mission has remained unchanged down through the decades.

We are focused on providing the best and most cost-effective pest-control and pest-management solutions to those living in Pittsburgh and the surrounding areas.

We service both commercial and residential properties and our service contract cover carpenter ants, but a termite infestation would require a separate fee.

The very first thing our knowledgeable technicians will do is thoroughly inspect your Pittsburgh property for vulnerable areas and reinforce them against invading pests wherever possible. 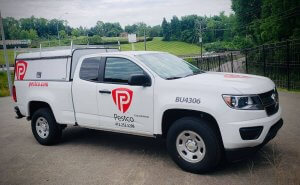 There is no substitute for professional judgment since there are some areas in every home that must remain ventilated and open to some extent.

Air currents can be alluring to pests, as they have seasonally appealing temperatures (cool in the summer, warm in the winter), or they can carry the scent of food being prepared inside.

Our main selling point is the fact that it’s much easier and safer for the environment to keep pests out of a home than it is to eradicate an infestation once they get inside.

Our integrated pest management services are safe for the environment because their products are 100% sustainable and their solutions are based upon both biology and the natural life cycle of pests.